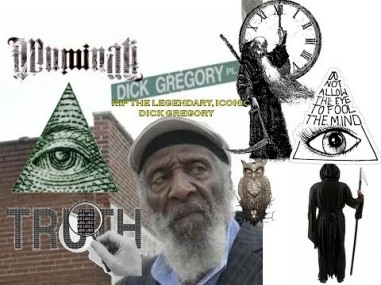 Gregory was known as a conspiracy theorist.

A talented satirist has sadly passed away and his passing will certainly be felt.

Dick Gregory was a true crusader – a champion of human rights. Sometimes thought of as the country’s top black humorist, the tall, slim ironist was a vocal fighter, a nonviolent man who was known to back any legitimate cause and see to it that the underdog is heard just as loud and clear as anyone else.

To set the record straight, Gregory loved America, but he did want to see things improve. “This is the only country in the world,” Dick says, “where a man can grow up in a ghetto, go to the worst schools, be forced to ride in the back of a bus, then get $5,000 a week to talk about it.” 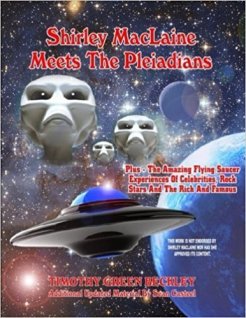 Dick Gregory is certain there are UFOs! He’s seen them! And even photographed them. (He used to carry around a picture he took of a formation of UFOs in his wallet!) But he doesn’t like to talk too much about his own experience because he feels there is great potential for manipulation when it comes to UFOs. In fact, he seems to back the idea put forward by some conspiracy theorists (including the late former Naval Intelligence Officer, William Cooper) that a “Secret Government” exists that is really in control of what we are allowed to think and believe regarding oh so many matters.

“Whether they know it or not, most of our elected officials are just pawns,” Gregory insisted. “Big money is really in control and is trying to foster the idea of a one-world government. And I’m not talking about the small-change people like Rockefeller. I’m talking about the big boys, those like the Rothschilds . . . those that run the international banking corporations.” 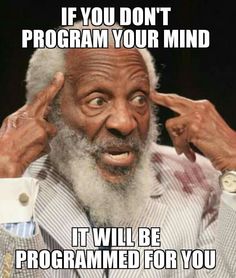 Asked if he thinks this “Secret Government” actually meets and plots what is going to happen on a global basis, Gregory answered in the affirmative. “Sure they do! They plot 60 to 70 years in advance . . . they try to raise families to take over the dynasties, but if their youngsters turn out wrong, they try to get them out of the way.”

Gregory said he found it very strange that, within the last few years, information is starting to be leaked to the public regarding UFOs. 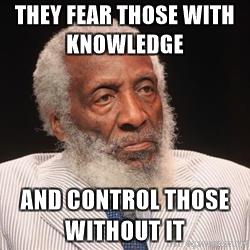 “I mean, there are a lot of folks that once worked in the government that had gone on record as saying these objects never existed, and now they turn around and admit there is something to it after all. I really don’t want to be a part of this [manipulation factor], but I do think it is legitimate. There is a lot of information that is going to come out soon that will convince the public there are flying saucers, but it’s just part of this new conspiracy to formulate a one-world government through creating dummy UFOs.” Some might think he was watching way to much of Alex Jones’s info.wars!

As far as beings coming from other planets to assist our world, Gregory says he wishes it were true, but remains skeptical. “I don’t doubt that they might be ours, or they might be the real thing. I would say it’s a sad day if somebody from outer space is fooling around with our planet. They’ve really got to be out of it. If they only would say something – help clean up the pollution or something.” 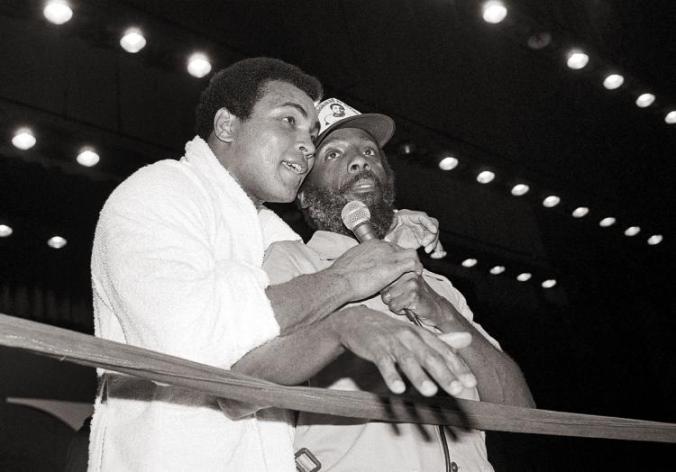 Men of great wisdom were known to clown around.

Dick says that he does know of a man in the Baltimore area who has invented a spacecraft that works on some advanced principle of physics. “It’s supposed to run on nothing but air. I don’t believe the government will ever allow him to fly this device. It would put the large gasoline companies out of business, and this they won’t allow.” Note: He might have been thinking of the late Otis T. Carr (see “Men Of Mystery” book). 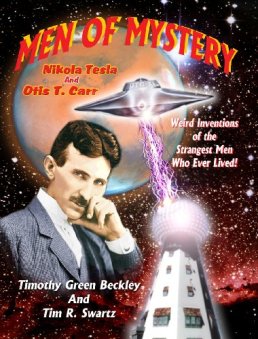 Pressed further on the matter of why he does not like to speak on the topic of UFOs, Gregory maintains that celebrities are often used as part of a “controlling factor.”

“I think those in ‘charge’ of things will go around and get celebrities – those in the public eye – to support the contention that there are actually flying saucers coming here. People will listen to personalities. Even the FBI printed an article in one of their newsletters on what law enforcement agents should do if a UFO is sighted in the community. A former astronomer who was with the Air Force in the early days of their UFO investigation ended up heading his own ‘private’ agency after years of denying their existence. So, yes, I had a sighting, and, yes, I believe in UFOs, but they would like to use me to their advantage and I don’t want to let them!” 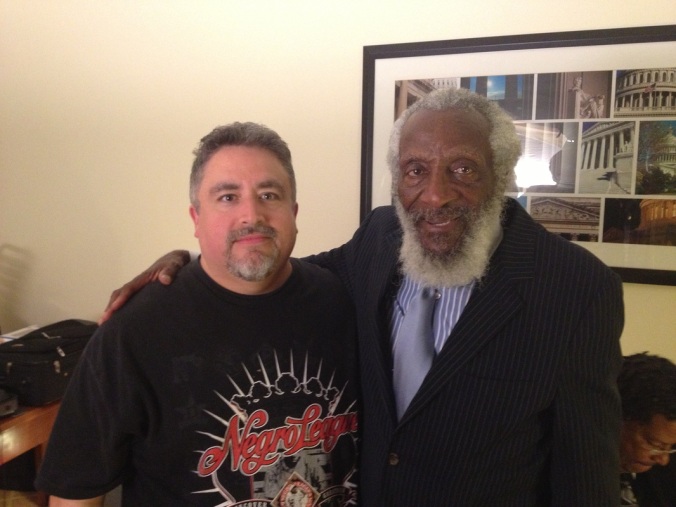 Dick Gregory with Joe Green who has developed a play based on the concepts of Sci Fi great Philip K. Dick.

Shirley MacLaine Meets The Pleiadians – by Tim Beckley and others

The Matrix Control System of Philip K. Dick by Tim Beckley and others

This site uses Akismet to reduce spam. Learn how your comment data is processed.